Death of an Artist by Kate Wilhelm 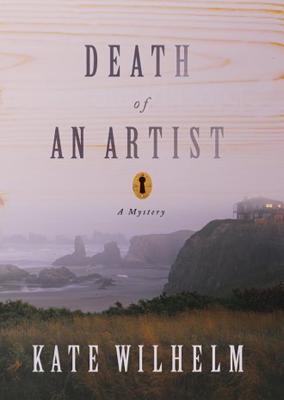 It’s a bad sign when the most interesting character in the book is murdered in the first third of the book.

Stef, an eccentric and brilliant visual artist, is at odds with her 4th husband, Dale. When Stef falls to her death, her mother and daughter band together to prove that Stef was murdered. They enlist the help of Tony Maurizio, former NYC detective now retired on disability, who has just moved to their small Oregon coastal village.

While this is labeled “a mystery” on the cover, it’s not really a whodunit, howdunit, or even why-they-dunit. So this isn’t really a mystery in a traditional sense – we all know who has murdered Stef from the very beginning. The novel is an exercise in justice – do you have the courage to deal out vigilante justice on your own? Can you accept that people do sometimes get away with murder? How far will you go?

Unfortunately, it’s not enough of a conundrum and the characters just weren’t compelling enough to sustain my interest. I listened to this audiobook – which was very well performed – and I was struggling to listen at the end. The little fillip of romance at the end had me shouting at the author in my car. And you know, I really, really missed Stef, the murdered woman.