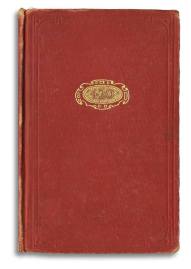 420 Characters by Lou Beach started out as an experiment of sorts. Beach originally posted his micro stories as Facebook posts, which were limited to 420 characters per post. Beach then put them together in this book, along with collages he created.

This is the first time I have read this type of “micro fiction,” but I have a feeling it won’t be my last. With Twitter postings and Facebook statuses standing in for journalism these days, is it any surprise that authors of fiction would give the micro size a try?

I don’t want to be dismissive, though. What Beach has done is startling. While I was reading, I was trying to get my mind around what he creates in his stories – amazing emotions, scenes, character. I finally decided that he had boiled his stories down to just a few elements, but had to leave out a few. Plot, obviously. At least that’s what I thought until I read this story:

Iris Bedlick sang backup. country, soul, rock, whatever, had a voice could shatter a glass or put a baby to sleep. One night, on the road with Jack Howlette, she was handed a drink that blistered her throat. She never sang again, turned her back on music, was last heard to be a hotel maid. Her replacement married Jack, divorced him, went solo, platinum albums, a Grammy. Started out a chemistry major, became a star. (420 Characters, p 129)

So, even in this micro form, Beach can accomplish a developing plot. Beach’s writing is absolutely luminous in some stories:

His chute failed to open and as he fell he struck a pigeon, pinning it against his chest as they rushed toward the ground in tandem. He felt the pigeon’s heart beating against his own. He closed his eyes and imagined he had two hearts, one outside his body and one inside, beating like a train. (420 Characters, p 64)

Other stories are comical. Beach has a fondness for a cowboy tale – there are quite a few of those – and there are some fantastical stories, comedies of manners, and dialogue that reminded me of film noir. Each story is a chunk of something special. I left the book – finishing seems like the wrong word – feeling like I wanted more, but not of the same thing. Sort of like eating a giant bowl of potato chips and still feeling hungry, but knowing that the last thing you need is another chip. Beach himself said in an NPR interview  that he is finished with this format, and is working on pieces of longer length.

Beach supports his work with a website,  http://www.420characters.net. If you are at all interested in this book, visit the website for a very special treat – Jeff Bridges, Ian McShane, and Dave Alvin have recorded some of the stories, and they are fabulous to listen to. Bridges’ reading of “Finch” is especially charming and warm, and he seems genuinely delighted to be reading his little tale.

I would also recommend reading this in physical book form, rather than a full audio or electronic format. This book is wonderfully tactile, from its red fabric embossed cover, to the tipped in color plates of Beach’s collages. It feels good to hold this book.

If you enjoy inventive, experimental fiction, I would give this a try. Micro fiction is a genre that is probably here to stay, even though at times it seems like a warm up exercise for a college fiction writing class. I may hold out for something a bit longer from Mr. Beach – a short story, perhaps?

One response to “420 Characters by Lou Beach”